Stories of the Street: Chapter 2, Made In China

By Jam Khan
4 years ago

Stories of the Street: Chapter 2, Made In China

China. The country that has given us kung pao chicken, Jet Li and “Make America Great Again” baseball caps. For years China has been synonymous with low-cost manufacturing, and a place people invest in to save on labor.

But this point of view is not only short-sighted but largely inaccurate. While low-cost labor helped drive the investment in manufacturing at a global scale several years ago, over time this has resulted in a concentration of specialized skills across all vertical and segments.

Take the iPhone as an example. It isn’t simply low cost of production that drives Apple’s investment in China. It’s the reality that few other places can offer the level of expertise in tooling for the quantities Apple requires to maintain its supply. It’s scale and skill that sees iPhone production safely entrenched in China, and not simply costs.

With this context in mind, it’s worth getting acquainted with “Made in China 2025”, a national initiative to comprehensively upgrade Chinese industry. It draws inspiration from Germany’s Industry 4.0, and its goals are to drive innovation and quality and to optimize the structure of Chinese industry. I recently returned from a business trip to China where I was reminded again about the pace at which the market in China continues to boom. And this trip inspired my story.

For those that still naively think that China supplies the labor that fuels the digital growth in the West let’s take a look at the enormity of China’s digital revolution. It is the world’s largest e-commerce market, accounting for more than 40 percent of global transactions, and ranks among the top three countries for venture capital investment in autonomous vehicles, 3D printing, robotics, drones, and artificial intelligence (AI).

One in three of the world’s unicorns (startups valued at more than $1 billion) is Chinese, and the country’s cloud providers hold the world record for computing efficiency. While China runs a trade deficit in services overall, it has lately been running a trade surplus in digital services of up to $15 billion per year. Names like Alibaba, Tencent and Baidu should be familiar to everyone, and they have 500-900 million active monthly users in their respective sectors. But since they largely serve the Chinese market their rise appears to the rest of the world as happening almost overnight.

The goal is to comprehensively upgrade Chinese industry, making it more efficient and integrated so that it can occupy the highest parts of global production chains. The plan identifies the goal of raising domestic content of core components and materials to 40% by 2020 and 70% by 2025.

Although the plan addresses the industry at large there are 10 priority sectors:

Many of the above sectors are familiar to us in Software Monetization, as they exhibit the same indicators we see in the US and EMEA, which is that software will be the primary driver of customer value. And Made in China 2025 has a clearly stated objective of impacting the entire manufacturing process, not just a focus on innovation as previous initiatives have had.

One of the primary motivators is self-sufficiency. China has a rapidly growing consumer market, and it would like to serve them with local product. In order to this, they don’t only need world-class innovation and quality, but also need to be mindful of customer-centric business models.

We have seen the power of the customer have an impact on how companies price and package their offerings in other parts of the world, particularly in the US where subscriptions are rapidly becoming the norm. It would be foolish to think that the customer demands would be any different in China.

The explosion of digital suppliers in China has transformed expectations for the Chinese consumer. Gross Merchandise Volume transacted on Alibaba China retail marketplaces in the fiscal year 2017 was US $547 billion, and the number of paying customers of Alibaba cloud computing business grew to 874,000 from 513,000.

The local B2C and B2B market are booming, and goods created here are not built only for external consumption. As these B2B companies look to serve other business, they will need to start considering the same concerns that we see companies in the US and EMEA wrestling with: how should software be licensed, deliver and protected?

As Apple CEO Tim Cook noted, “The number one reason why we like to be in China is the people. China has extraordinary skills. And the part that’s the most unknown is there are almost 2 million application developers in China that write apps for the iOS App Store. These are some of the most innovative mobile apps in the world, and the entrepreneurs that run them are some of the most inspiring and entrepreneurial in the world. Those are sold not only here but exported around the world.”

It’s time to rethink how you may perceive technology coming from China. In certain regards, China may still be playing catch up to the head start that Europe and the US have had, but the pace at which China moves is dramatically faster. To wait patiently and observe the high tech market from a distance is to lose out on an opportunity.

China is still one of the few markets where our hardware key business continues to grow, due to the sheer volume of business opportunity, and the continued focus we have had on growth. But software licensing needs will be every bit as complex as in other markets, and the pace of investment and growth should represent a great opportunity for our offerings.

The fact that we, in Gemalto have had an established presence in China for almost 20 years is something we are proud of as a business and gives us a position of strength our competitors do not have. The next few years should be an exciting time for us.

Vice President of Marketing for the Software Monetization division at Gemalto

Jamshed “Jam” Khan currently serves as Vice President of Marketing for the Software Monetization division at Gemalto. Over 20 years in the software industry with leadership roles in marketing, strategy, customer success and product management. His breadth of experience combined with extensive international exposure has allowed him to add measurable value in all aspects of a growth strategy: driving demand, launching products, enabling sales, and always putting the customer first. Jam holds a Bachelor’s degree in Computer Science from UCLA. 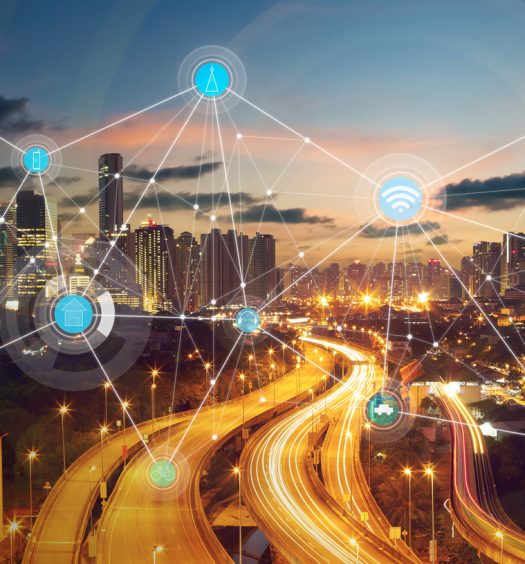