Stories of the Street: Chapter 4, Ski Slopes and Digital Transformation

By Jam Khan
3 years ago

Stories of the Street: Chapter 4, Ski Slopes and Digital Transformation

As I enter my 3rd year as an expat in Munich, I’m keenly aware of the difference between winter in my previous abode of Los Angeles, and where I now reside.

Yes, the Christmas markets are great, and the light dusting of snow makes everything look like something out of a postcard. But I know that for almost everyone living in Bavaria winter means one thing: ski season!

To say that skiing is an obsession is an understatement. Kids start when they are 3 years old. And at the ripe old age of 44, I decided I simply could not resist any longer and at the urging of one of my colleagues I took the plunge into a world where my generally trustworthy sense of balance was quickly subjected to some of the unnatural forces of snow and gravity.

Having an introspective inclination by nature, and being in the business of software transformation for the better part of two decades, I couldn’t help but draw a few parallels between my ordeals, and those that many of our customers are going through in their digital transformation efforts.

There are not many advantages an old dog like myself would have over a fearless 3-year-old on a slope, but financial independence is one of them. So I naturally assumed that one way to solve my ski woes would be to throw money at the problem. But about three-quarters of the way up the ski lift, it dawned on me that my spiffy looking Team USA Spyder gear had given me no additional skill, or clairvoyance, to anticipate the unknowns that lay ahead of me at the top of the hill.

But how many times have we seen COO and CIOs take the first step towards transforming their business, by creating a list of technology investments that are deemed “mandatory” to success?

If you’re going to stumble and fall you might as well look good doing it. Surely a “cloud-based, agile, platform that’s proven” should provide some sense of comfort, or act as a useful scapegoat. But as I quickly found out, as comfortably insulated, and aerodynamic as I was, it did nothing to prevent that first stumble and inelegant fall. And I suspect there are many a bruised and battered exec out there, victims of the same “gadget” allure.

When planning any sort of business transformation – and current research across verticals seems to indicate that more than 70% of enterprises are planning some manner of business model change – it does seem like the first recourse is to invest in getting new gear to look the part.

We tend to use the phrase “digital natives” to describe those that grew up in the internet age. It is naturally assumed that they are more tech-savvy, although there is little evidence to prove this. They are, however, far more likely to turn to a different set of technologies than their predecessors did, in order to find a solution.

I grew up getting “breaking news” from TV news shows, while my nieces and nephews get theirs from Twitter. The information is not vastly different, but the pace, the process, and the way it is consumed are dramatically different. And while I have embraced the platform, Twitter remains a second language to me.

Many manufacturing industries looking to transform their business, and move into a more digital realm have similar challenges. The language of the business process, and particularly the back office, is one in which a traditional hardware-centric enterprise is not conversant. The best approach, in this case, is to accept one’s shortcomings, and not fall victim to attempts at bravado.

A measured look at one’s realistic capabilities seems like a very obvious approach, but often there are jobs and reputations at stake. And in an enthusiastic attempt to avoid being disrupted organizations will boldly make their way to the top of the black diamond slope, and only realize once it’s too late to turn back, that the descent is a lot steeper than it looked from the base.

Fortunately for me, aside from a few spectators, there was no documented evidence of my ill-fated first attempt down the slope. Even more so I had the trusty council of a ski instructor, who happens to double as one of our Principal Consultants in the Software Monetization business unit.

My worlds of digital transformation and downhill skiing literally intersected, likely inspiring my thoughts today. And while I awkwardly flailed around, he calmly guided me down, all the while skiing… backward!

Back on solid ground at the bottom, we were able to engage in a more equitable discussion on business transformation where I am far more at ease. The benefit of experience and consulting cannot be understated when attempting anything new. In my case, I was risking some embarrassment, and possibly a sprained ankle.

But businesses routinely put their revenues, and profits at risk. Countless organizations attempt to go it alone, or with only some basic guidelines. The consequences of failure are simply not publicized well enough.

I’ve often stated that Marriott probably knew everything about Hilton and vice versa. But neither of them ever saw Airbnb coming. And in theory, they were far better equipped to offer such a service. They had the client base, the reservation system, a refund policy, and a reputation already in place. They Just didn’t realize that the climate around them was changing, and the certainly didn’t think they needed counsel.

They are by no means a failing business, but an open mind could have enabled a massive new revenue stream. They found themselves on a slope they did not know how to navigate and chose to find their own way down.

It’s no revelation that in the B2B world we are indeed in a time of flux. It’s not “if” businesses need to change, it’s a matter of when, how, and just how much. Many companies do indeed realize this, even if their pace of acceptance is a bit slower than others. But not enough of them realize the value of investing in the necessary expertise and instruction to chart the course correctly.

Maybe we have an inherent suspicion of consultants and the intangible aspect of their work. But we are now in an age where our business systems are dependent on a myriad of technologies and processes that are all interconnected. The monolithic back office of yesterday is morphing into a highly diverse ecosystem of interfaces that will be the future.

This offers the promise of far more capabilities and insight than we could have dreamed of a few years ago. But it necessitates guidance and instruction. And this is precisely why, at Gemalto, we formed our Software Monetization Consultancy. Because we have gone down these slopes so often, sometimes it does indeed feel like we could do it backward.

Vice President of Marketing for the Software Monetization division at Gemalto

Jamshed “Jam” Khan currently serves as Vice President of Marketing for the Software Monetization division at Gemalto. Over 20 years in the software industry with leadership roles in marketing, strategy, customer success and product management. His breadth of experience combined with extensive international exposure has allowed him to add measurable value in all aspects of a growth strategy: driving demand, launching products, enabling sales, and always putting the customer first. Jam holds a Bachelor’s degree in Computer Science from UCLA. 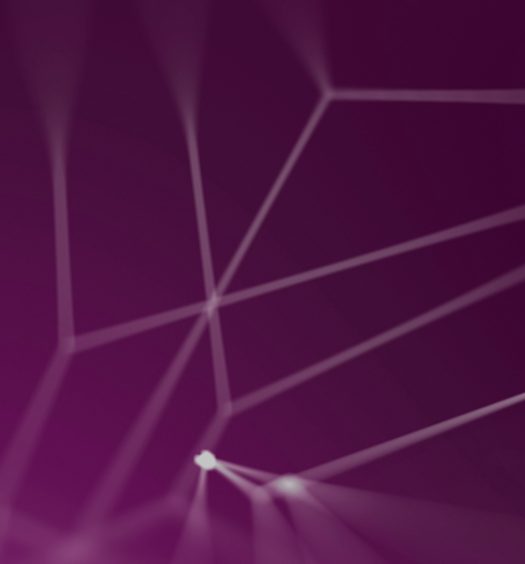 Stories of the Street: Chapter 3, The Customer Is Not Right

Read More
Stories of the Street: Chapter 3, The Customer Is Not Right