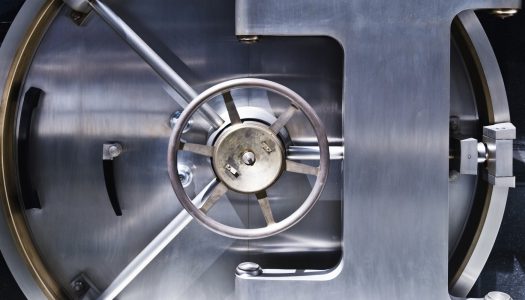 END_OF_DOCUMENT_TOKEN_TO_BE_REPLACED

The State of Software Monetization

The State of Software Monetization survey is here. With the help of Vanson Bourne, Gemalto set out to understand the software monetization industry and sentiments of ISVs, intelligent device manufacturers and software consumers worldwide and what challenges they are facing. Interestingly enough, results reveal that enterprise software customer demands are evolving and software vendors and intelligent device manufacturers need to adopt flexible and adaptable software licensing and software packaging techniques in order to meet these needs and generate more revenue opportunities.

END_OF_DOCUMENT_TOKEN_TO_BE_REPLACED

Mobile Is Eating the World

Venture capital firm Andreessen Horowitz recently proclaimed that “Mobile is eating the world” – and it’s not hard to see why. Demand for mobile software is at an all-time high, with Android and iOS completely dominating the mobile OS market. In fact, Android’s sizeable market share accounts for more than 80% of smartphones and 60% of tablets worldwide.

END_OF_DOCUMENT_TOKEN_TO_BE_REPLACED

May The Force Not Be With You

More than half of the companies out there that deliver B2B software have some sort of electronic license management embedded in their products. The lion’s share of this market belongs to home grown technologies, an unsurprising fact considering that the one thing software companies do is create software. The pros and cons of build versus buy have been well documented, and isn’t the topic of this article. What mystifies me is the glaring lack of metrics when it comes to this highly pervasive and extremely important issue.

END_OF_DOCUMENT_TOKEN_TO_BE_REPLACED

SafeNet, working with SIIA, has released the results of a survey in which software producers openly admit that they are currently losing nearly 50% of their potential revenues. To what you ask? History may tempt you to say piracy – and the latest stories of organized attacks to steal IP of several US companies only further fuels that belief. But is that the real reason? Not according to the 620 software publishers who responded to the State of Software Monetization survey. END_OF_DOCUMENT_TOKEN_TO_BE_REPLACED

Software Piracy: Why Duct Tape is Not the Solution

In a recent study by the Business Software Alliance, the UK is the latest to throw a spotlight on the problem of software piracy. According to the study, 52% of small businesses in the UK have either bought or downloaded illegal software. In fact, the BSA now estimates that over half of all software in use by small and medium businesses in the UK is illegal.

That’s a shocking statistic – one driven according to the BSA by a combination of the current economic climate and a degree of ignorance towards how counterfeit goods propagate in the market. And we know from other studies, most notably the BSA’s 2011 Piracy report, that the situation in many other countries is significantly worse.

As pirates continue to attack, we are forced to spend cycle times of effort patching and plugging our code to defend against those that might steal it. With every cycle that passes, software pirates become more sophisticated, their vectors of attack harder to spot and defend against, with the skills required to do so ever more specialized and scarce.  Are you prepared, or are you fixing your software piracy problems with duct tape?

END_OF_DOCUMENT_TOKEN_TO_BE_REPLACED

In the first part of this post, I discussed the history of software piracy, its accelerated growth and some of the legislative efforts against it, such as the DMCA and PRO-IP acts. These may be two of the most prominent initiatives in the battle against software piracy, but there are other efforts worth mentioning – both legislative and commercial, with household names such as Google and PayPal being very active examples of the latter. END_OF_DOCUMENT_TOKEN_TO_BE_REPLACED

What Do You Really Want From Your Software Licensing Solution?

Win Big in September With Peace, Love, and Licensing

Are you a former flower child?  Do you remember the first steps on the moon, gas prices at $.35/gallon, the classic VW bug, or Woodstock?  Then, you’ll feel right at home on LicensingLive in September.

We’re taking a trip back to a simpler time, complete with hippies and classic rock with our new contest titled “Peace, Love, and Licensing.”